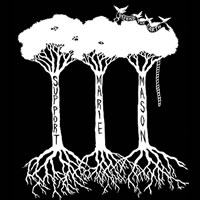 I am posting this a day late, but it is still worthwhile to send Marie a letter.  Last night in Santa Cruz there was a gathering in the forest to honor Marie Mason and also celebrate wild places, under the full moon.

Sat, 01/26/2013 |  Anonymous
from http://anarchistnews.org
Today, January 26, 2012, is Marie Mason’s 51st birthday, which she is celebrating locked in a special control unit in the federal prison in Carswell, Texas. Marie is three years into an almost twenty-two year sentence she received for two acts of environmentally motivated property destruction, committed in 1999 and 2000, in which no one was injured. The sentence was a result of new U.S. terrorism laws which have been applied disproportionately to environmental and animal rights activists, which has been called the Green Scare. Marie is an anarchist whose direct actions were claimed in the name of the Earth Liberation Front and Animal Liberation Front.
Following a December call-out, events for Marie’s birthday have been held in countries around the world. They include Wellington, New Zealand; Haifa, Israel; Nijmegen, Netherlands; Vancouver, Canada; and Oakland, Baltimore, Chapel Hill, Bloomington, Minneapolis, New York City, Philadelphia, and Troy, New York in the United States. Supporters have sent birthday cards, held yoga classes, had afternoon tea, shown movies, and had cake to celebrate with her and let her know that she is neither alone nor forgotten.
If you were not able to attend one of these events, please send her a card and brighten her day. She loves to get mail from supporters, although she is limited in how many people she can write back. Please include a return address on the envelope, do not affix anything such as glitter or glue to your letters or cards, and be aware that letters which are not entirely in English may be significantly delayed in reaching her.
Marie Mason #04672-061
FMC Carswell
Federal Medical Center
P.O. Box 27137
Fort Worth, TX 76127
For more information about Marie Mason:
www.supportmariemason.org
www.facebook.com/supportmariemason