Show Saturday night! And more this week!
And other goings on! 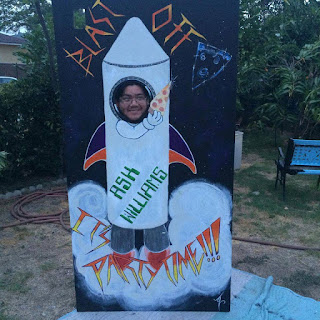 & as usual, bring $ for touring bands!

-11am- HUFF meeting: HUFF is Santa Cruz's oldest and most stubbornly persistent grass roots homeless advocacy group.  We make trouble for the powers that be and fight institutional human rights abuses.

-And come on by the space as we will be open other random times as well!  If the gate is open then come on in!

and a sneak peak at an event coming up...


-Thursday Sept. 25th:  7:30-9pm Letters to Prisoners
This is a place to write letters to prisoners.  Anyone is welcome to stop by and write a letter.  Pamphlets, letter writing material, and snax provided.  This is a good place for new penpals to jump in.

And other happenings going on in town & elsewhere!


About the Honoring Mission Indian Ancestry Walk facebook group: "This Public Group is to support, follow, and facilitate the extraordinary vision and effort of Caroline Holland and her son Kagen Holland. They are embarking on a 600 mile pilgrimage along what is now known as El Camino Real, to honor the Indigenous Ancestors who suffered in the California Mission system - created by the brutally oppressive Junipero Serra."

More from the facebook page: "On September 23, 2015, Pope Francis intends to canonize Father Junipeo Serra, who was a priest in the Franciscan order of the Catholic Church. Junipero Serra was a driving force in the Spanish conquest and colonization of what is now the state of California... We think this is not right due to the fact that Father Junipero Serra by his own words was not only at the forefront of enslaving the Native People in California, but did nothing in the way of saving them from the brutality of those who reported directly to him... As a show of respect for our ancestors on September 7th, 2015 we will begin a 600 mile pilgrimage following in their footprints along the El Camino Real Trail from San Francisco to San Diego and sign the registry of all 21 Missions as well as visiting the mass burials of our people for a moment of silence.  We are asking for your support to help with food and lodging along the way. We will be keeping a daily journal posted on FB for all to visit."  https://www.facebook.com/groups/836712473112899/  (my note:  I encourage you to visit the page and see what you can do to support these folks, and in general to honor the indigenous peoples of this land, past and present. The mission here in Santa Cruz was also a place of brutality and oppression and resistance for the indigenous people of this area.)