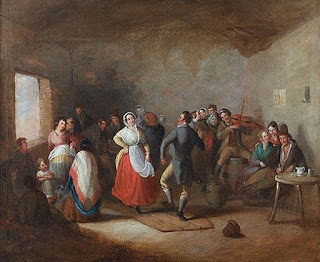 Strap on ur boots and bring out yer buds for a real rowdy tromp in the old time tradition! 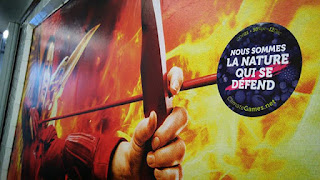 Wednesday, Feb 3, 7pm:  In the Shadow of COP21: Climate Justice Art-Activism, A Discussion with T.J. Demos
Please join us for consideration and discussion of the creative activism that surrounded COP21, the recent UN Climate Conference in Paris that met in December 2015. Activists and collectives responded to the elitism of the talks with unauthorized coordinated efforts to challenge the corporate-dominated climate negotiations. Participants aimed to bring attention the economic framework of climate governance, specifically neoliberalism, which has offered only failed proposals for how to address the current environmental crisis. Climate Games, organized by the France-based Laboratory of Insurrectionary Imagination, promoted creative civil disobedience as part of a longterm strategy to democratize environmental governance, insist on a just transition to a postcarbon future, and develop alternatives outside the automatic assumptions of capitalist hegemony. What are the lessons of COP21 activism, and where does it leave us today both globally and locally? note on graphic: Brandalism, "We are Nature Defending Itself," rebranded bus stop advertisement, Paris, 2015. (Photo: Climate Games / Brandalism)

Support the Highway 6:  The six students who took the highway on March 3rd have met unprecedented repression by the state and the university, including several violations of constitutional rights by the UC administration during the judicial process. The Hwy 6 will be filing a civil suit against the university with the goal of minimizing further repression of student activists across the UC (and maybe already have filed that suit...i'll send an update on that. j!).

Along with fundraising for their restitution (thousands of dollars for law enforcement costs, primarily for time spent by UCSC police and also the CHP and Santa Cruz police), the Hwy 6 are ramping up to file a civil suit against the University of California, challenging the legality of the University's judicial process.  The goal of the lawsuit would be to systematically change the student code of conduct and how it is enforced through the student judicial process, eliminating the ambiguity in the student code of conduct that allows University administrators to claim jurisdiction over whatever student behavior they choose, on or off campus.  More info at https://www.facebook.com/ucscHWY6 and donate to their gofundme  and spread the word: http://www.gofundme.com/oee2do


i am taking an online course called The Burning Times Never Ended: A Story of Disenchantment & Re-membering Resistance and the instructor rain crowe has included many interesting readings.  here is one i read today...How White People Got Made: Part Two of a Series on Whiteness.  race/ethnicity/identity/power/& more are always on my mind and as a person of mixed ethnicity, white and mexican, i feel them in my body as well.  how do i/we further overturn this country's legacy of white dominance that continues to this day?