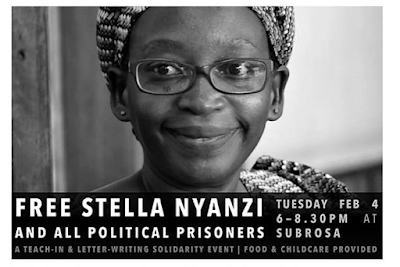 
good news folks! this friday donate your old clothes, binders, shoes and/or lightly used make-up or find some snazzy new junk to complete your ~gender-affirming~ look! 🌀✨❤️ volunteer barbers will be offering free/sliding scale quick cuts and styles, no one turned away for lack of funds!!!  https://www.facebook.com/events/165904024746857/

And 2 events at the Bike Church (our neighbor at the Hub) also on Friday!

Join artist and historian Tessa Hulls for a friendly community bike ride before her illustrated lecture at the Bike Church the same evening at 7pm. This group ride will explore Santa Cruz neighborhoods, with an opportunity to get food and refreshments along the way. https://www.facebook.com/events/2501807093426511/

Join artist and historian Tessa Hulls for an illustrated lecture at the Bike Church. Question/answer and community discussion to follow. See talk description below:


Women, Trans, and Femme Riders in Early Cycling History: The Untold 150-year History of the Bicycle as a Tool for Social Activism

Women, trans and femme riders have been using bicycles as tools for both adventure and social liberation for well over a century, but their stories are largely missing from the record. Using a combination of historical photographs and hand-drawn illustrations, this talk dives into the feminist history of cycling and shines a light on a cohort of adventurers who took to their bikes to knock down gender barriers in the late 1800's.

From stunt cyclists clearing 45-foot jumps in 1903 to proto-bikepackers crossing the Swiss alps in proper Victorian dress, the individuals highlighted in this talk accomplished incredible feats on two wheels. But beyond that, they used the freedom they found through cycling to fight for the expansion of gender rights. These pioneering cyclists were also state senators, aviators, doctors, mechanics, and sportswriters in an era when women weren't even allowed to vote or own property.

These indomitable adventurers forged their own paths and paved the way—largely before paved roads existed— for the current generation of women, trans, femme, and gender non-binary cyclists who are using bicycles to push for broader horizons.

Tessa Hulls is an artist/writer/adventurer who is fascinated by the concept of home. As the daughter of two first generation immigrants who landed in an isolated town of 350 people, she spent her formative years reading her way through the public library and roaming alone through the hills with a backpack full of books. This love of solitude, research, and forward motion informs much of her creative practice, and her restlessness has joyously dragged her across all seven continents. She is currently working on a nonfiction graphic novel titled Feeding Ghosts.

Free and open to the public. Wheelchair accessible. Metered and nearby 2hr parking available.  This event series made possible with support of California Humanities.  https://www.facebook.com/events/444104166474159/

10am:  Español/Ingles Conversation Group at SubRosa

Spanish/English conversation group - This group is open to anyone interested in practicing their Spanish or English
conversation skills. The intention is to create a safe and comfortable environment where members of our community can teach and learn from each other. All levels of fluency are welcome. The group is free!  The group will be on the first and third Saturdays of the month.

Come through from 5-7pm this Monday for cozy tea, coffee & snacks while we continue writing to the queer prisoners we sent holiday cards to through black and pink. We will have card making supplies but also feel free to bring your own!


Black and Pink's mission is to abolish the criminal punishment system and to liberate LGBTQIA2S+ people/people living with HIV who are affected by that system, through advocacy, support, and organizing. https://www.blackandpink.org/.  And https://www.facebook.com/events/115220159881761/

Please join us for this event in solidarity with Dr. Stella Nyanzi, a feminist activist, poet and researcher who is serving an 18-month sentence in Luzira Maximum Security Prison in Kampala, Uganda.  Food & childcare provided.

After posting a poem on Facebook in September 2018, in which Nyanzi expressed the wish that the long-ruling and conservative President of Uganda, Yoweri Museveni, had been killed at birth by his mother's diseased vagina, she was charged with cyberbullying and offensive communication, under the Computer Misuse Act of 2011. She is still on trial for a 2017 Facebook post in which she referred to Museveni as "a pair of buttocks". The event will begin with an interactive teach-in on Dr. Nyanzi's work and activism prior to and since her imprisonment. We will then focus on the transnational connections between her imprisonment, broader state repression in Uganda, and the conditions for Black life and activism in the United States. As Black History Month begins, we hope this event will be a space where we think about the political commitments that are necessary to confront the full and global breadth of violence facing Black people today.

Following the teach-in, we will be facilitating a letter-writing, art-making and zine-making workshop, and will later arrange to send the materials produced to Dr. Nyanzi. We invite participants to bring any books (in English) they might want to post to Dr. Nyanzi. In anticipation of the postage costs to follow from this event, we also invite participants to bring a donation of money or USPS postage stamps.

This event is supported by SubRosa Community Space, the UCSC Black Student Union (BSU), and the UCSC departments of Critical Race & Ethnic Studies, Feminist Studies, and History of Consciousness, as well as the Fábrica and cola4all.  Please share this instagram announcement this widely! We look forward to seeing you there.

NOTE:  Grad student TAs are still on a wildcat strike at UCSC for a cost of living adjustment

and more from some of our neighbors at The Hub...


SubRosa is a collectively run anarchist community space, a place to meet others and challenge our assumptions and act on our passions. We strive to create a vibrant environment for events, classes, meetings, organizing, performance, art, studying and more. SubRosa also offers radical literature for sale, and houses the Anarchist Lending Library. We welcome folks to join us in fostering an environment free from coercion, sexism, queer&homophobia, racism, ableism and other hierarchies.

SubRosa is in downtown Santa Cruz, CA, which is the ancestral homeland of the Uypi Tribe of the Awaswas Nation. Today these lands are stewarded by the Amah Mutsun Tribal Band, whose ancestors were taken to Mission Santa Cruz and Mission San Juan Bautista during Spanish colonization of the Central Coast.


A few ways to be in solidarity with the Amah Mutsun Tribal Band: -Sign up for the Amah Mutsun Land Trust email list for more information and opportunities to get involved. -Consider making a monthly donation to Amah Mutsun Land Trust to support the tribe's Indigenous stewardship and cultural relearning work. -Check out http://www.protectjuristac.org/how-to-help/ to protect Juristac, an Amah Mutsun sacred site threatened by a proposed mining operation in Santa Clara county. https://www.amahmutsunlandtrust.org and http://amahmutsun.org and http://www.protectjuristac.org