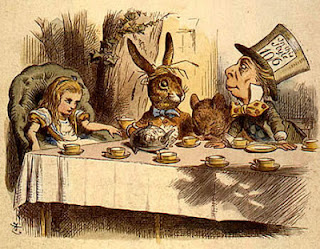 The second anniversary of the international day of solidarity with Marie Mason, Eric McDavid, and other longterm anarchist prisoners is nearly upon us!

What would you do if someone you cared about was sentenced to 20 years in prison? I don’t mean this as an empty rhetorical question. Stop and think for a second. How would you stand by them? Both personally and politically, what would “solidarity” mean? What would you do to show them they are never alone?

Eric McDavid was arrested in January 2006 after being entrapped by a paid government informant - "Anna" - and was charged with a single count of conspiracy. Eric – who never carried out any actions and was accused of what amounts to “thought crime” - refused to cooperate with the state and took his case to trial. After a trial fraught with errors, the jury convicted Eric. He was subsequently sentenced to almost 20 years in prison. More information on Eric's case can be found at www.supporteric.org

Marie Mason was arrested in March 2008 after her former partner - Frank Ambrose - turned informant for the FBI. Facing a life sentence if she went to trial, Marie accepted a plea bargain in September 2008, admitting her involvement in the burning of an office connected to GMO research and the destruction of a piece of logging equipment. At her sentencing in February the following year, she received a sentence of almost 22 years. More information on Marie's case can be found at www.supportmariemason.org

Marie Mason and Eric McDavid share the unfortunate distinction of having the longest standing sentences of any environmental prisoners in the United States. Please join us in an international day of solidarity with Marie Mason, Eric McDavid, and other long-term anarchist prisoners on every June 11th. This is a time to remember our friends who are in prison – who are continuing their struggles on the inside. This is a time to continue and strengthen the very work for which Eric and Marie are now serving so much time - to struggle against capitalism, ecological devastation, and the ever more diffuse forms of control in this prison society.