Some Events Coming Up in the Week Ahead! 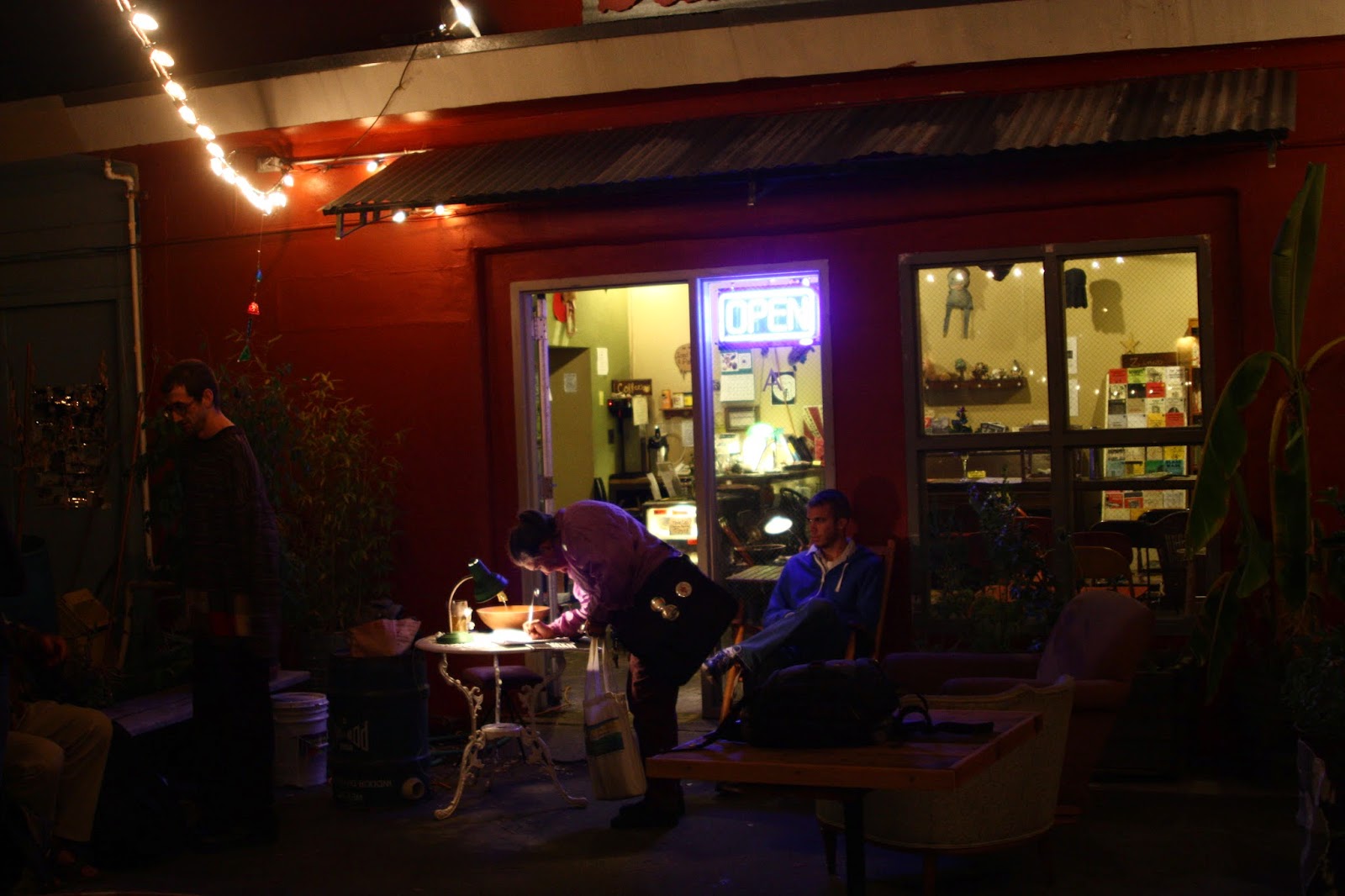 Open mic is a space for you to share yourself in anyway that feels right to you. You can read a story, poem or journal entry that feels important to you. You can sing or play a song you are excited about. You can make other people act out weird or funny things you think of. You can ask questions you need help answering. You can rant about things that piss you off. And you can just come and soak it all up. Donations directly benefit this community-supported space. Signups for performance at 7:30 fill up quickly. Bring your creativity and artistic expression.

Why do we struggle? How do we understand are our goals in a campaign? How do we imagine reaching our goals and how do we get the most from our effort? How can we organize to resist retaliation/repression? This event will explore these issues towards the ends of developing a more efficient and resilient praxis and strengthening the culture of resistance around us. Facilitated by Garrett Fitzgerald, former terrorism defendant and organizer around the 2008 Republican National Convention. (from the Action Training Fall 2014 Calendar- Presented by Santa Cruz Forest Keepers, tending & defending land and water, scactiontrainings@riseup.net)

Eric Ayotte and The Gadabout Film Festival will be touring together this fall for 3 months going to over 75 cities in the US before continuing to Europe for shows in 15 other countries. Presenting a special evening of music and film in each town for one night only.

The Gadabout Film Festival has had a long standing tradition of DIY ethics matched with really cool filmmaking. Since 2002, the Gadabout has been touring with a new batch of films each year, bringing film to non-film settings, screen an extremely inspiring and talented program of short films.

Growing out of a DIY music scene, the Gadabout seeks to prove that “Do It Yourself” doesn't have to mean any lack of quality. With equipment and technology more accessible, filmmaking is a more attainable medium, and yet we typically consume it through very tiny screens with poor audio. So, not only is there a curated element, but there is also respect given to these fantastic short films as they are presented on a big screen with good sound!

Eric Ayotte has been touring and releasing music for over a decade. His sincere songs bring a political message as well as an emotional truth. This tour will be supporting his 4th full length record “Transparency”, a full band album that explores the concept of honesty, and wanting more open communication from his community, government, friends, religions, and himself.  https://www.facebook.com/events/144738789029931/

Also The Limes and Just Nick will be playing.

Free figure drawing session! Every week, we gather to spend a few hours drawing bodies. Bring your drawing supplies if you have them, and the host will make sure there are a few extras for folks in need. We take turns modeling: no one is required to model, but everyone is encouraged. Some of the most vibrant sessions occur when there are a wide range of body types to draw. We've done everything from fully nude to fully clothed, depending on what everyone feels comfortable with. The front gate will be unlocked: just push it open, close it behind you, and join us inside!

What do you do when you are in the heat of the moment in a conflict? In the dominant culture you have two options, avoidance or coercion. But for many of us, those options leave us feeling powerless, inauthentic, disconnected, unresolved, or just plain unsatisfied. We'll talk a little about what the dominant culture response looks like in action, and then we'll discuss and practice what we could try instead. Presented by
TRUCE, a collective that works to facilitate the co-creation of effective internal conflict engagement strategies for radicals in the US. http://www.Growtruce.org (from the Action Training Fall 2014 Calendar- Presented by Santa Cruz Forest Keepers, tending & defending land and water, scactiontrainings@riseup.net)

And something else happening around town and in the forest this fall! 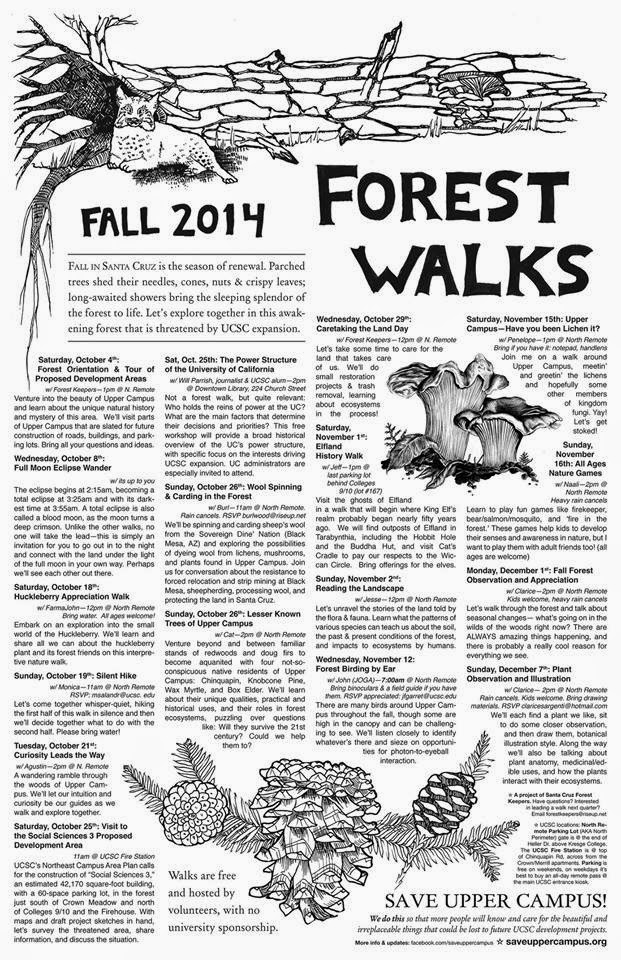 Fall in Santa Cruz is the season of renewal. Parched trees shed their needles, cones, nuts & crispy leaves; long-awaited showers bring the sleeping splendor of the forest to life. Let’s explore together in this awakening forest that is threatened by UCSC expansion.

Walks are free and hosted by volunteers, with no university sponsorship. Unless otherwise stated, rain does not cancel!