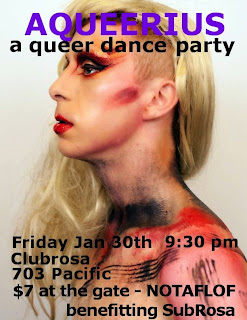 
starting at 9:30pm join us to dance, dance, and dance. oh and hangout with great people.

this dance party will feature a non-misogynist playlist highlighting queer and trans artists and feminist hits.

there may not be a "safe space" to be your weirdo amazing self, but we will do our best to show up as the great people we are and create an environment where consent, verbal and non-verbal, is central and we support each other and strangers alike!

$7 at the gate - notaflof. give as you are able but always give something (gayaabags), all proceeds helps keep our space alive!


And come early before the dance party for...
Coffee: A Misunderstanding, an interactive play! 7-9pm

A story that kind of looks like your typical "boy meets girl" story at first glance, except the boy doesn't really feel like a boy and the girl doesn't really feel like a girl.  A commentary on the weirdness of online friendships that aren't really friendships, set in the midst of a fan convention called AwesomeCon.  A play where all the actors are audience members. Maybe one of them will be you?  A collaborative game of finding the best ending to the story. Or the worst ending. Or maybe just whatever's the most satisfying. It's really up to you. Anything can happen.

Coffee: A Misunderstanding is an interactive play created as part of my MFA thesis work. It is unlike any game project I have ever done before, in that every game I've made so far has been purely digital, and this one has a heavy live performance element.

The way the game works is that two audience volunteers are called up and asked to read from a mobile device, which dynamically displays dialogue lines and stage directions. Meanwhile, two additional audience volunteers are given a mobile device on which they can select from a menu of choices that appear at key decision points in the story. It's a combination of multiplayer Choose Your Own Adventure and improv theatre, resulting in a play experience that's every bit as awkward as the story it's trying to tell. 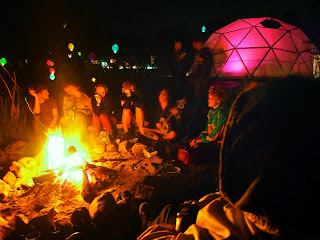 Mallory is a dispersed collective of musicians that found itself coagulated momentarily in the hills of Western Mass. Mallory first found its voice in the summer thunderstorms, the porch lights, the moths, the hazy negotiation of tired cities. Long bike rides, walls of green, the orchard, the quarry. A ribbon of dirt road, blood on the grass. Windows open. http://malloryfolk.bandcamp.com/

casey writes songs about growing up queer in a weird fucking surf town on the west coast of north america . the pacific ocean is not a pacifist , it swallows and screams and sprints and fucks . i didn't brush my teeth this morning.  http://caseymonahan.bandcamp.com/

Rosanonymous, from Oakland, transfem forest faggot making folk punk. not watching the world burn, but being the burning world. http://rosanonymous.bandcamp.com/

and Beast ly, from Oakland, forest and desert dwelling sea dragon punk performance artist that can probs do anything but tonight will be telling a tale that takes place years ago on the sometimes clotted road when them and Noel'le were just pretty babies. Set to tunes from their collective members, bed death & vergüenza. http://sapfromtheseal.tumblr.com/ 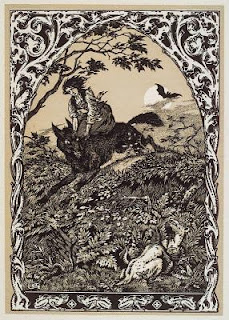 Here is a bit of what we will be presenting this February as we tour to the mid-west, and in mid-February we will be at Winter Witchcamp.

One act is Breaking the Heavy: Woo Edition, a radical magical interactive game show. This half hour performance game show combines elements of wheel of fortune (the tarot card and TV show), charades, and trivial pursuit. Join our hosts as we pull six contestants from the eager audience to form two teams to answer questions about obvious-to-obscure magical principles, bio-regional knowledge and other tidbits from the free box of our collective experience. Upon revealing the hidden phrase, one team with receive fabulous prizes, and everyone is sure to have a winning-good time!

All of this and More! Music from local folks as well!  Matt Walt with banjo and angelic voice.  And brand new Santa Cruz band, Ya Mi Na math influenced indie thrash (listen at http://yamina.bandcamp.com/)

Tuesday, January 27, 4:30pm at 809 Center Street, Santa Cruz. "Let city council know how you feel SAY NO TO THE MILITARIZATION OF THE POLICE."

And yeah, in my opinion, appealing to the city council feels like a bitter pill to swallow to deal with this problem, but without folks taking action in this particular case the Santa Cruz police will have a military vehicle to use against us.  And this can also be an opportunity to expand the public discourse to be a critique about policing in general, rather than just being about the militarization of the police.