SubRosa is a place you can find out about happenings around town, check out radical material from the Anarchist Library or purchase a book and/or zine (and attend a variety of events and so on).  And through this website, at times, I also post links to other sources of information and radical perspectives.  So, in that vein, here is info about The Final Straw Radio show.  This is from a post on Anarchist News, which has a lot of great information, but, as I have written before, beware of the comments section. 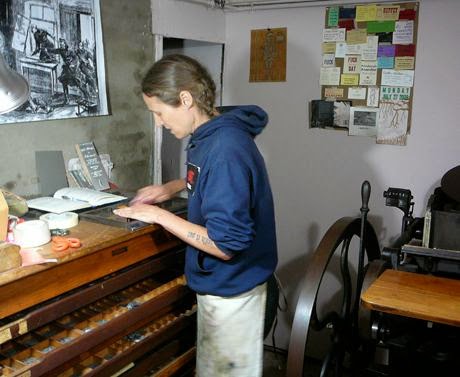 Streaming at AshevilleFM from 3am EST on January 19th through January 25th, 2015, then podcasting at radio4all.net. Also airing this week on KOWA-LPFM in Olympia, WA, KWTF in Bodega Bay, CA, KXCF in Marshall, CA, and WCRS-LP Columbus Community Radio 98.3 and 102.1 FM

This week, we spoke with Artnoose. Artnoose is a zinester, author, printer, parent, anarchist and more. She gives a brief history of her relationship with art, her long-running personal letter-pressed zine entitled Kerbloom!, how she became an anarchist, the Berkeley Anarchist Study Group, the Cyber Punk Apocalypse fiction-writing house in Pittsburgh, erotica and more! 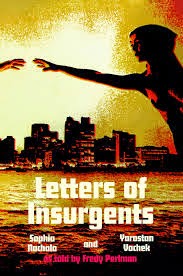 Later in the conversation we discuss Letters of Insurgents, an epistolary novel written by Fredy Perlman. The book is a series of letters between two characters separated by two decades and a continent and discusses politics, intentions, memory, age, communication, deception and more. There is a free audio version of the book that Artnoose helped to narrate, it's available in pdf form for free on theanarchistlibrary.org and was just recently reprinted and made available for sale via Left Bank Books. This episode also features a recording of Aragorn!'s introduction to the new edition of the book.

Artnoose and Aragorn! both participated in the 2010 internet-based reading group of Letters of Insurgents known as Insurgent Summer.