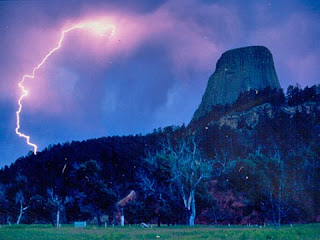 The Santa Cruz Indigenous Solidarity working group is excited to be showing four amazing films this month that highlight the struggles of various Native communities to protect their land and defend their ways of life. After each film we will give a brief update on the continuing work of the communities depicted, and discuss related struggles closer to home that are in need of support. Each film showing will be a fundraiser to support a specific indigenous struggle, and we greatly appreciate any donations you can give.

In The Light of Reverence

Ten years in the making, In the Light of Reverence explores American culture’s relationship to nature in three places considered sacred by native peoples: the Colorado Plateau in the Southwest, Mount Shasta in California, and Devils Tower in Wyoming. Rich in minerals and timber and beloved by recreational users, these “holy lands” exert a spiritual gravity which pulls Native Americans into conflicts with mining companies, New Age practitioners, and rock climbers. Their battles tell a new story of culture clashes in an ancient landscape.

In the Light of Reverence juxtaposes reflections of Hopi, Wintu and Lakota elders on the spiritual meaning of place with views of non-Indians who have their own ideas about how best to use the land. The film captures the spiritual yearning and materialistic frenzy of our time.