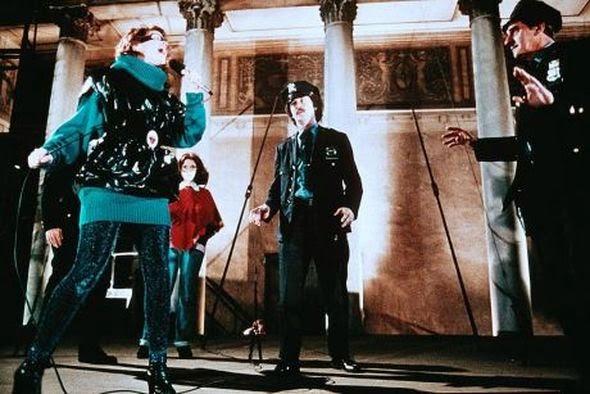 
The film is about two female teenagers who run away from a mental institution. They are from opposite sides of the track, end up living in a squat in New York City and fall in love. The plot of the film embodies a punk rock ethic - misunderstood youth forming a band and, through music, articulating their frustrations toward adult authority (personified in the film as parents, the medical establishment, and politicians), as they thumb their noses at authority on Times Square.

Come to SubRosa to find out what the film will be, look for flyers around town and at the finest punk and cooperative houses.  The internet makes it too easy to find out things at the click of a button, and the thrill of discovery is blunted.

The films feature youth confronting a world not of their liking or making, and attempting to assert themselves in conditions that are antithetical to their desires.

Bring Snacks to share and things to be cozy!  And if the rain still falls it will be even more pleasant to be watching a movie together!

And here is another reminder to come to SubRosa, Friday December 5th at 5pm, for a Farewell to Free Skool Santa Cruz Celebration, as we let go of this current version of the project.

All 30 calendars from the project's 9+ years will be hung on the walls and this will be an opportunity to connect with each other and remember what was, and perhaps to imagine what could still be.